The sound of the soul in the mirror: (musical) portrait by Corrado Balotelli 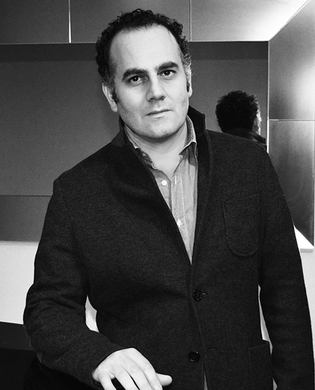 Corrado began playing the piano when he was 6 years old. He then enrolled in an Italian Conservatory and won national competitions.
But just as he was enjoying his first successes, the misdiagnosed tendinitis in his arm forced him to abandon the piano in his second to last year before graduation. He then decided to follow a new path, abandoning his dream of becoming a professional pianist.
He graduated in Political Science at the University of Pavia and, after earning a Master’s in International Relations in Ireland, undertook a long series of collaborations with various international organizations in Eastern Europe and Africa. Later he opened his own consulting business for the internationalization of SMEs.
But to tell the truth, Corrado never abandoned his dreams of becoming a pianist. Little by little the feeling grew stronger that this was his most authentic dimension, a dimension he could fully identify with. And something changed in a particular moment.
He was thinking back to his past, his bad luck, and the fact that deep down he didn't really care about being a concert musician any longer. All that mattered was playing. Only playing, nothing else. As much as possible. Because it awakens a deep love within him, the kind that you can't command or control, and that re-emerges sooner or later.
In 2011 a video of Marina Abramovich inspired Corrado through her art performance “The Artist is present” at MoMA in New York:  a 736-hour and 30-minute static, silent piece, in which she sat immobile in the museum's atrium while spectators were invited to take turns sitting opposite her and looking at her in the eyes.
Two years later, Corrado came upon a book: "Mr Gwyn" by Alessandro Baricco. Lightning struck, the Big Bang! That's what was missing: giving a new role to his instrument of expression.
But who is Mr. Gwyn?
He is a well-known writer in the middle of his career who doesn't feel like writing any more, except for "painting" people, putting them in pose in front of him in an empty room. The writer renews his horizons and takes on a new life, "writing" portraits.
And this is where Corrado drew inspiration for his project. Trying to portray people musically in his own way, he surprisingly discovered that he can "interpret them" by improvising songs that people themselves find "resonating" in their own inner, intimate dimensions. Thus began "Piano Reflection".